The Role of Nature in Henry Vaughan's "The Retreat" and "Regeneration"

Henry Vaughan (1621-1695) is widely recognized as an early poet of nature, and in his poetry nature figures prominently. The lively sentience and often numinous air of nature in Silex Scintillans has led critics to call him a proto-Wordsworthian. He is also known in being occupied with the mystical interpretation of nature, the belief in the immanence of God, the Light of God in all His creatures, and the child's keener perception of God. Although critics are in disagreement concerning the source of his belief in the immanence of God in nature, Vaughan has been wildly recognized as a mystic. One recurrent theme is Vaughan's poetry is his sense of unseen presence of God. He asserts that God's humblest creatures, by virtue of divine spark, are like man, in touch with God.  Vaughan had a vivid and sublime consciousness of God and his own self, and his aim, like that of the true Christian mystic, was to attain the union with God through the redemptive grace of Christ and the usual Christian method of Purgation, Penance, and Illumination. In fact, the various stages of mystical life can easily be traced in Vaughan's poems and the constant comparison of natural with spiritual processes is, on the whole, the most marked feature of Vaughan's poetry. The core of this study is to demonstrate the central role of nature in Vaughan's poetry, along with his apparent sense of the divine and his conception of nature as the revelation of an aspect of the creative energy of God in nature particularly as they are reflected in Vaughan's "The Retreat" and "Regeneration". 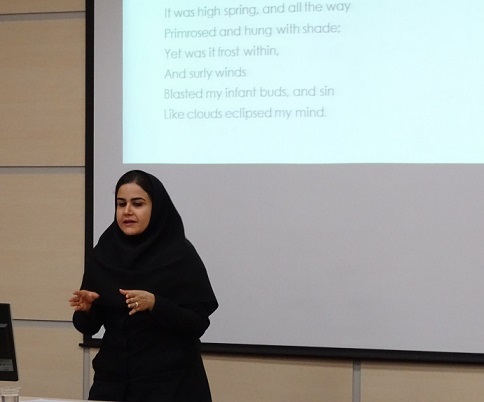 Beginning in Waiting for Godot

The aim of the present study is to read E.L. Doctorow's Welcome to Hard Times under Beckettian dictum of nothingness, waiting, forgetting and ambiguity ad infinitum as elaborated in his canonical work Waiting for Godot. The expectation inherent in both works emerges from waiting interwoven in both works with different corollaries. The study tries to find out that whether Doctorow's welcoming presence of an ominous person makes its world more authentic than Godot's non-arrival in Beckett's play or not. After a close reading of both works, the researcher underscores that promising something unpromising is ruinous of every sorts of expectation embedded in the suspended state of ambiguous waiting. In Doctorow's work, Bad Man's second-coming as the fulfillment of the promise per se is not the evidence of an authentic way of life in comparison with Godot's non-arrival. Moreover, what Bad Man stands for is clear-cut as his name suggests something ominous; Godot's name in itself has a significant denotation and connotation which is not easily definable. In both works, the juxtaposition of the parallel worlds of life and death is paramount; however, their different implications have to be excavated. It is argued that quotidian way of life is petrifying to the extent that makes life worse than death, therefore a desire for reconstruction embedded in destruction is more liberating than a promise of absolute destruction. The restlessness of the characters and their questioning of others and waiting for nothing to be transformed into something do not lead them to their true authenticity. Questioning oneself and the need for forgetting the past is a turning-point in both works. What is common between them is that they recurrently remind the readers that it is not unequivocal whether human being is dependent upon life or life is dependent upon human; therefore it is relegated to every individual at every moment of one's becoming to be vigilant of this duality. Ultimately, Doctorow's epilogue as Beckett's prelude substantiates that to be active recipients of ambiguity inherent in waiting is a sort of incentive for an authentic way of life. 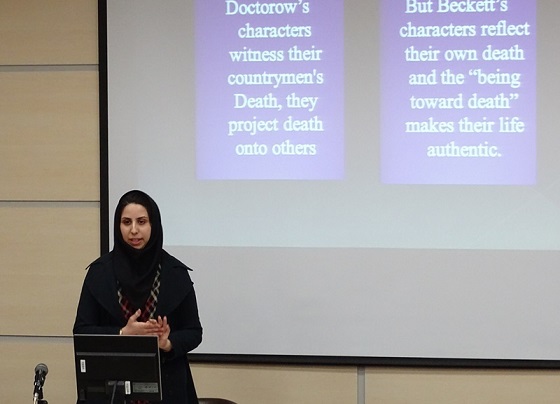 Negotiation of Voice in Bakhtin:
Dialogism, Heteroglossia and Polyphony

Mikhail Bakhtin's dialogism is a seminal concept in critical theory. The dialogic principle and its manifestations, namely polyphony and heteroglossia, reaffirm the belief that existence is shaped in a field of discursivity and identity is established via interaction. Dialogism, in contrast to the centripetal authority of monologism, recognizes the multiplicity of voices as a necessity for true, unencumbered representations. Every voice in the field must negotiate between the residual traces of its past interactions and the ideological textures of its time. The resultant interplay of perspectives creates an incommensurability that, in turn, provides the closest approximations of truth we can hope to find. Bakhtin sets-up, then, an intersection between the social, the textual and the ideological, a nexus that he sees most readily in literature. For Bakhtin literature becomes the primary means of expression for it lends itself easily to both answerability and the surfacing of the carnivalesque. Bakhtin's brand of dialogism is devoted to moving beyond what is given at any particular time, and he finds his answers by reference to the great expanse of literature. My problem moves one step further. Dialogism, polyphony and heteroglossia all attribute great value to the co-presence of voice, people and beliefs, but the disenfranchised still remain unheard. Literature is manipulated and politicized to cultivate what is, at the end of the day, a muted social theory. Carnivalesque points to an experience of utopia that may actually just be a mollifying construct. So what exactly are we doing in the field of discursivity, are we creating anything seminal and stimulating or are we just adding to the commotion? I believe the question we now have to answer for ourselves is, all things considered, when does the negotiation of voice become something more than noise?

Othello: A Review of its Faults and Problems

William Shakespeare's Othello is indubitably one of his most popular and successful
plays. Nevertheless, like his other great works, it suffers from some literary and
stylistic faults and problems. Several eminent critics such as Thomas Rymer, Samuel
Johnson, A. C. Bradley, Harley Granville Barker, and J. Dover Wilson have dealt with
this issue. Some of the most important faults they have found in this play include
the question of time, the improbability of the events, the inconsistency of
characterization, moral defects, and the absence of poetic justice. In some cases,
the faults attributed to this great play are the result of misguided and wrongheaded criticism; in others, however, they are real deficiencies resulted from
Shakespeare's carelessness or his concern over the success of his play in
performance rather than its plausibility and critical correctness as a literary text. In
the present article, these problems are discussed, and it is explained whether they
are serious problems diminishing the value of the play as an artistic work or
strategies adopted by the author intentionally to serve some higher purposes. 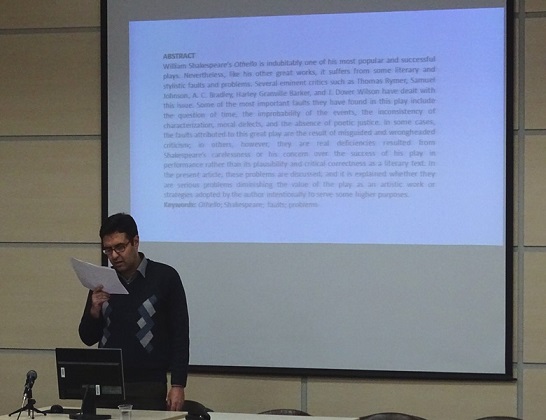 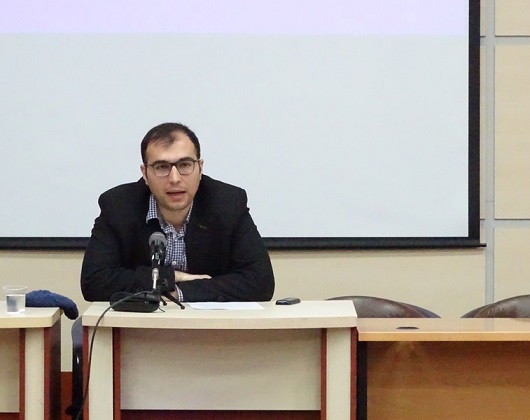